Csaba Szegedi is an outstanding artist of the middle generation of contemporary Hungarian artists. He has an unbroken, dedicated painting career since his early childhood during which time he has received both national and international awards, recognition and acclaim. The qualities of his art are based on his professional knowledge and artistic skills gained in prestigious art schools and on the rich picturesque language of form that he has been developing for four decades. 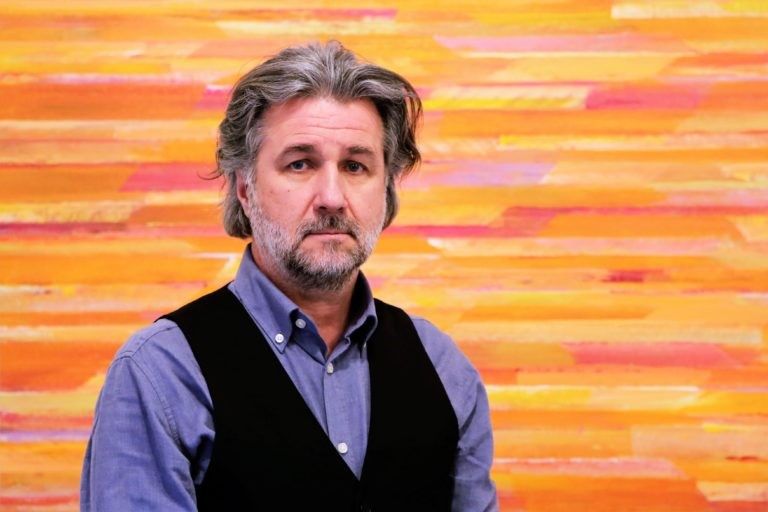 For Csaba, art is a world of cognition and wonder at the mystery of existence. Its aim is to capture beauty and achieve the magic of the ascension to a heightened awareness. The picture is an imprint of the transcendent moment of creation becoming eternal. His positive philosophy of life is manifested in the vivid yet subtle chromacity of his paintings and his thoughtful compositions reflect his constructive worldview. Csaba is a well-trained conscientous and aware artist with the freedom of a sensitive imagination.

In his own words his philosophy is: Art is order and adventure.

Csaba completed his award-winning studies at prestigious Institutes including the High School of Arts and at the Academy of Fine Arts in Budapest with a bachelor's and master's degree. He had his first studio in Dunaújváros, then lived in Germany. Since 2000 he has his studio in Velence, Hungary and is a professor at the Moholy-Nagy University of Art and Design, Budapest.

Csaba has always been fully engaged in the cooperative community life of artists wherever he lived including Germany and the U.S.A. He is/was member of significant art associations (e.g. Berufsverband Bildender Künstler, München), and some of them he was an active committee member in (e.g. Y Gallery, Association of Székesfehérvár Artists and the Association of Hungarian Artists). He has been resident artist at e.g. the Griffis Art Center New London (CT, USA), „Art for a Cause” (Goa, India), the Atelierhaus Worpswede (Germany) and the historic Hungarian Academy in Rome. Csaba Szegedi’s art has been celebrated in several exhibitions from NewYork to India. His works can be found worldwide in many private and public collections. He has been reviewed and written about by leading art critics and historians including Balázs Feledy, Gábor Martos, Gábor Pataki, Ernő P. Szabó and Judit Szeifert.